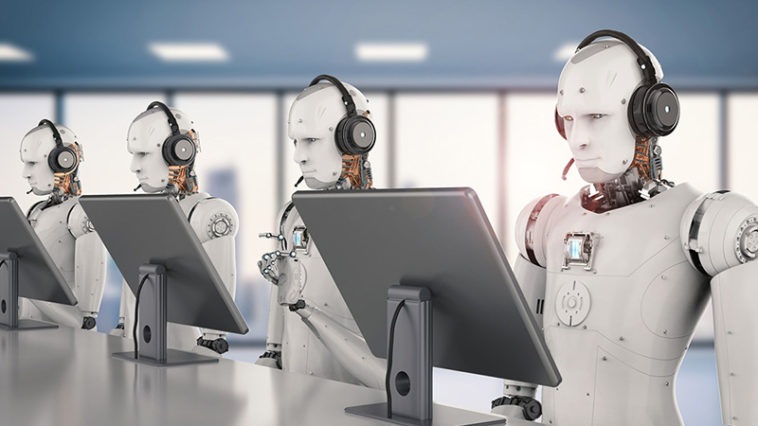 The debate over whether industrial robots taking people’s jobs is good or bad has always been two-sided. On one side, the industrialists and staunch capitalists believe full automation is a necessity. On the other hand, the masses- those losing their jobs- believe robots are the symbol of human greed and senseless capitalism.

What is your stand on this debate? Do you think industrial robots have improved the world as we know it or have, they made it worse?  Perhaps, we could, at some point, realize that full automation isn’t working in our favor after all. That people need to actually do something productive in order to live their lives to the fullest.

Maybe we are approaching automation with the wrong mindset; we should instead use robots to extend our abilities instead of handing our entire jobs to them.

Industrial Automation-Where We Are Coming From

When Henry Ford invented the assembly line over a century ago, he ended up creating more jobs for low skilled workers and trimming his skilled workforce. Today, industrial automation has had the opposite effect. The masses are constantly finding themselves at a loss as industrial robots make them redundant. It is the skilled workers that are finding new opportunities in this new order.

Faced by increased competition, Henry Ford’s motor company is now planning to eliminate over 30,000 workers in the next six years. This according to a recent New York Times article reporting on an internal press release. Most of the production will be taken over by industrial robots to keep up with the competition. While Henry’s labor-intensive assembly line was greeted by discontent and high staff turnover, full automation is forcibly kicking millions out of their jobs.

Advanced automation makes sense for companies like Ford. Ultimately, they stand to gain by eliminating what they consider a weak link in their production process. The question remains whether a jobless population is the price we have to pay for advanced manufacturing aided by robotics.

Again, Henry ford believed that adopting an efficient assembly line would allow him to make cheaper cars. His workers and ordinary people would, in turn, benefit from the mass-produced and affordable Ford model T’s that rolled of the factory in their millions.

Question, is increased automation allowing us to afford whatever comes out at the other end? What of the thousands of workers that have been replaced?

A Case for Human-Robot Collaboration

A new approach to industrial automation using collaborative robots is showing us an alternative way to adopt advanced robotics in manufacturing and keeping the human in the mix. Perhaps future work will involve humans using robotics to extend their capabilities as opposed to staying at home. This is a model that has attracted much debate across manufacturing, tech and engineering circles.

Collaborative robots like the universal robot are designed to work alongside humans in a factory floor. Yes, this Cobot will probably take care of a majority of tasks like lifting and sorting items, but the human worker will retain an active role in the production process. Perhaps this human-robot collaboration is the type of automation that could end up appealing to the masses.

When we start viewing robots, not as threats, or symbols of senseless capitalism but as tools to help us become better and more productive workers. More than a century has passed since Ford began using the moving assembly line. Collaborative robots are just now demonstrating an update of that mode of operation.

The Bottomline -Cobots Will Bring the Best Out Us

Robots, just like any other innovation, are a product of our push to increase productivity, become more efficient with our planet’s resources and do less while at it. Robots have evolved through the years to perform the most mundane of tasks like painting a car over and over again.

Collaborative robots will carry on from whichever point the traditional robots stopped by enabling humans to find new ways to achieve more through automation. Instead of just painting cars or picking items, perhaps we could find a way to make robots do other novel things.